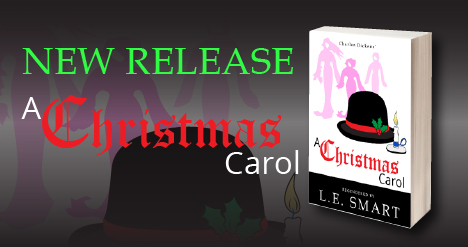 Wow, what a long time it’s been. I was shocked to see my last post was eighteen months ago! My last ReGendered novel release was over two years ago. Seems life decided to grab hold of me and give me a good shake. So many highs and lows, with plenty of adventures in between.

While I’ve become super busy with various other jobs and projects, The ReGender Project continued to simmer away. Always waiting patiently for me to find the time to devote to it. I’m hoping this year will provide the opportunity to give it the attention it deserves, but we’ll have to wait and see.

In the meantime, I’ve made some progress. The ReGender Project will be moving to its new home at www.TheReGenderProject.com, though the site is still under construction. I’m also pushing to have my works included in the Amazon Kindle Select Program. While this will mean making them exclusive to Amazon, it will allow its members to easily access the ReGendered Novels. I’m still torn on whether this will achieve my goal of getting the novels into the hands of the people who might be interested in them, so if you have any thoughts on the matter, drop me a line!

Finally, some good news. I have a new ReGendered novel for you to enjoy. Charles Dickens’ A Christmas Carol. I was hoping to have it ready last month but it took a little longer than expected. Turns out I’m a little rusty. It’s available now on Amazon, so check it out.

Just in time for Christmas, I’ve regendered one of the most classic stories, Charles Dickens’ A Christmas Carol. The story of Scrooge being confronted by three spirits, past, present, and future, in order to change his ways and find redemption is one that continues to resonate today. The numerous adaptations and rereleases are proof of this.

Once again, names proved to be one of the trickiest parts of regendering this novel. Ebenezer is such an iconic name, so closely aligned with Scrooge, that I was loathed to change it. During the regendering process, however, I found it only appeared in the text twice. So, in order to emphasise the change in gender, I chose to regender the name to Evelyn Scrooge. Similarly, Tiny Tim is nearly as famous as Scrooge but I chose to regender the character to Timara, in order to emphasis the change in gender while still feeling close to the original Tiny Tim.

One particularly problematic chapter concerned shaving, one of those activities that doesn’t regender easily. I chose to replace it with combing, which isn’t really the same but close enough within the context of this novel.

The last tricky section was towards the end, where the family had gathered together. There’s plenty of romantic situations developing which don’t feel natural after being regendered, but that is one the main reasons I have for The ReGender Project. By examining these situations, looking at them from different points of view, I hope we’ll start presenting the genders more equally.

Thank you for reading my Regendered novel, A Christmas Carol. I hope you have a very happy holiday!

Leif Smart spent most of his life tinkering with technology, eventually turning it into a career, of sorts. At the back of his mind, however, he always dreamed about creating fantastical stories, set on far off planets or amongst mystical lands. When he finally grew tired of trying to fix the never ending computer problems of the world, he knew it was time to chase the dream. So, armed with a steady supply of skinny lattes and under the indifferent watch of his cat, Aeolyn, he set out to do just that.

Thank you! Please check your inbox to confirm your subscription.
Loading...
Signup to receive a Free Regendered Novel!